Amna has long delighted in words, whether written or spoken. She grew up in Lahore in Pakistan, where she developed a keen interest in debating. She represented Pakistan multiple times at the World Schools Debating Championships, and at the age of 19 served as coach for the Pakistan debating team, the youngest coach to date at the international championships.

Amna began her post-high school education in London at the London School of Economics and Political Science, where she obtained an undergraduate degree with First Class Honors. While at the LSE, Amna was the President of the Debating Society. She continued her academic career at Oxford University, where she won the Senior Scholar award to pursue a graduate degree. After graduating from Oxford, Amna moved to New York City and held senior executive positions at McKinsey & Company, Merrill Lynch/Bank of America, TIAA, and Aquiline Capital Partners (details below).

Since then, Amna’s love of words and storytelling has come to the fore. In 2018, she left her career in finance to focus on her writing. She attended several writing workshops, including Tin House, and has now completed her first novel, set in Lahore. Amna is proud to be represented by Hillary Jacobson of ICM.

In her spare time, she enjoys reading fiction, pursuing her philanthropic interests, and practicing yoga. 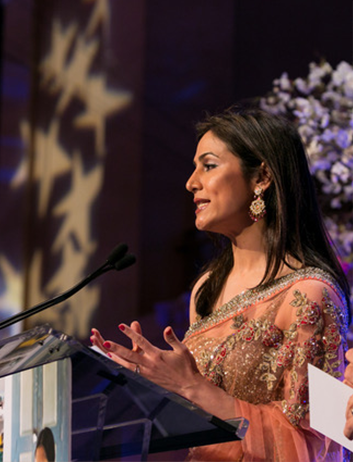 Amna began her career in the New York office of McKinsey & Company, specializing in the financial services sector. After McKinsey, she held senior executive positions with Merrill Lynch/Bank of America, including head of business development & strategy, and head of regional chief operating officers for Merrill Lynch’s wealth management business. Following a stint at TIAA, Amna joined the private equity firm Aquiline Capital Partners, where she was part of a team that invested in industries such as retirement services and asset management.

Amna Naseer is a Board Member of the Merton College (Oxford University) Charitable Corporation, the Chairman of its Development Committee, and a member of its Executive Committee.

Amna is an active member of Pratham, an organization addressing gaps in India’s education system.

Amna has served as mentor-coach for America Needs You, an organization addressing professional development gaps for first-generation college students in America.